You may have noticed that Google officially removed right-side PPC ads from desktop search results about two months ago. The search engine said that the reason for this was pretty simple: side-placed AdWords ads simply don’t get enough clicks. Now, when users enter a query, the Google results page will display as many as four paid search results at the top, but none on the right-hand side of the page.

Since the Feb. 22 change, Search Engine Watch is reporting a decrease in total paid ad inventory, but a boost in traffic to positions three and four in the top ads. When the update was announced, predictions for organic search ran the gamut, with some even anticipating Panda 1.0-level fallout in the SERPs. But the impact has been much less noticeable than that, with organic performance remaining fairly stable according to most reports. With organic results competing with paid results on the SERP, it’s going to mean marketers have to find new ways to optimize and make their listings stand out. 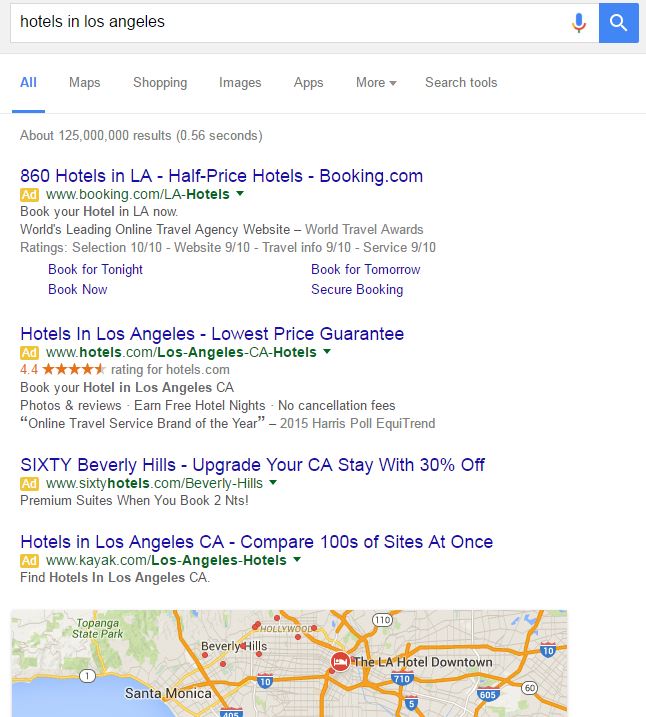 An example of a four-ad SERP

Google allegedly made the switch after years of testing via eye-tracking studies that proved that users often just skip over the paid ads on the side of the page. This is also seen as yet another push from Google to make everything mobile-focused, as the change will streamline the SERP from desktop to mobile. We will continue monitoring how this change impacts organic and paid Google rankings, and keep you updated with everything you need to know.