No business-owner wants to be told that “less is more.” But there is a time when this adage holds true.

The other day I was vacuuming my rug (just the one, but I have others), as I tend to do once it gets so dirty that debris takes up more space than rug fibers. I vacuumed until I arrived at a critical turning point. With the rug about, let’s say 80-percent-clean, I decided that the rug (and I) had enough cleaning. I reached this conclusion based on the fact that the remaining time I would need to spend running my overpriced vacuum over the same high-pile sections I’ve already covered would generate quickly diminishing returns. Every successive sweep would pick up less debris until there was nothing left for the vacuum, effectively making the rug 100 percent clean. Having realized this, I put down the vacuum and moved on with my day, pocketing the time I saved by doing so.

An important question now begs to be asked: What was the value of that last 20 percent? Is it equal to, or perhaps more important than, the first 80 percent? In this scenario, for the vast majority of people, I would venture to say that it’s not. Perhaps it’s time to start considering the ways that your business can benefit from this kind of efficiency.

Now, in no uncertain terms does such a strategy advocate half-hearted or incomplete effort. Instead, it’s simply a concept that you can apply to areas of your business that are exhibiting signs of diminishing returns. Imagine the real-life vacuum that began this tale transforming into a more symbolic one that’s sucking profit directly out of your bottom line because you don’t have the sense to turn it off.

Not every dollar you spend, or every second you invest, is equal. If you begin to notice a drop-off that coincides with anything that resembles a point of oversaturation, overexposure or overspending, then your trajectory is likely unsustainable. Scaling back in this case will allow you to immediately become more efficient. Depending on the opportunity cost and other variables, you may be able to increase the profitability of your original endeavor while freeing up capital and time that’s better appropriated elsewhere. If you’ve been blind to the law of diminishing returns, a quick glance at your records through this lens may reveal an opportunity that warrants further investigation. And that’s worth its weight in gold. 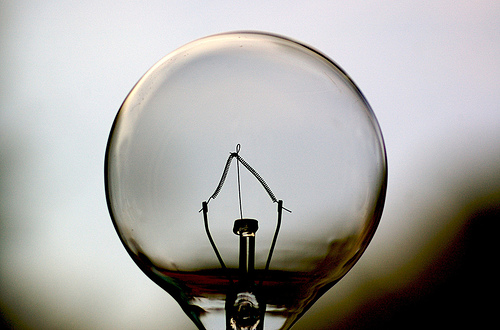 The hypothetical business cases are numerous. Imagine, if you will, an online retailer that’s in the midst of a lengthy and protracted project. Assume that diminishing returns are the root cause of the time and cost overruns. How does such a scenario manifest itself? With SEO, it could appear in the form of an exhaustive backlink cleanup project that’s targeting too many low-value links for the sake of having a flawless backlink profile (an unattainable endeavor). Similarly, applying an undisciplined paid ad bidding strategy on your most profitable items will eventually cause cost-creep in clicks and conversions, making those once-profitable items less so. And these kinds of examples can be lurking anywhere in your business.

For those of you familiar with the Pareto Principle (AKA the actual 80-20 Rule), you should know that it’s fundamentally different than what’s being discussed here. But the logic behind diminishing returns does echo some of the themes presented by the 80-20 Rule, which states that 80 percent of the effects come from 20 percent of the causes.

In entrepreneur Perry Marshall’s book, “80/20 Sales and Marketing,” the author claims that the principle can be applied exponentially. But there are exceptions to this (not having the book in front of me, I don’t know if the author acknowledged these). While this isn’t possible when you’re talking about fixed numbers and quantities (for example, it’s unlikely that the top 20 percent of your top 20 percent [that’s now the top 4 percent overall] accounts for 64 percent of your business because the gap between your top-paying clients and your lowest-paying clients is unlikely to be so dramatic. And if it was, I’d highly recommend dropping everything and putting all of your effort into duplicating the top 4 percent of your revenue stream in order to increase your profit by 28 percent and removing 92 percent of your client load.

On the other hand, the concept of diminishing returns simply states that increased input doesn’t necessarily correlate with increased output, when all of the other variables are constant. In fact, the increased input has the potential to have an adverse impact.

In an assembly line, for example, adding more workers to the floor will eventually begin to provide reduced productivity, per person, once a certain threshold is crossed. The same goes for the use of fertilizer in farming; eventually, the addition of fertilizer will yield less agricultural return, and eventually, its addition may even hinder the growth of the crops. Exploring a new customer segment, you may find that new customers are harder to acquire as you get closer to complete segment coverage. Investing in a new channel, you may observe a marked downturn once you pass a key expenditure milestone. And the list goes on.

One important similarity between these two ideas is that both encourage the efficient — not the overzealous — investment of resources. And that’s something that everybody should believe in.

(As you can see, I have no trouble taking my own advice. Why opt for a less-effective, longwinded conclusion when a more concise alternative presents you with an opportunity to be more efficient?)

Bounce Rate vs Percent Add to Cart vs Cart Completion

How a Greedy Robots.txt File can Undermine SEO Efforts

What we Learned from Black Friday and Cyber Monday 2015