It was a busy week for e-commerce. Here’s a recap of last week’s news-makers:

Green is the New Yellow on Google Ads

Last week, some Google users noticed something a bit different on their search results page. Instead of the yellow icon that once appeared next to paid ads on the SERP, users are now reporting seeing green icons in their place. Big change? Not really. But it does signify yet another move by Google to get users to pay more attention to paid ads. The new ad icon matches the green link text that appears next to it on the page.

Search Engine Land spoke with a Google spokesperson, who confirmed the change. According to Google, the new green ad icon was implemented after positive feedback during testing. “Our goal is to make our results page easy to use, and our labeling clear and prominent,” the spokesperson said. Google also confirmed that the new icons will officially roll out across all devices globally, so you’ll probably be seeing them on your Google searches soon.

Google Confirms that Keywords in TLDs Don’t Count for Rankings

If you’ve been wondering what your top-level domain is doing for your site, the answer, at least according to Google, is: not much. With the release of new TLDs such as .NEWS and .ATTORNEY, some marketers theorized that these TLDs can be used for site-specific keyword purposes, thereby providing a boost in rankings. But we finally know for sure that keywords that double as TLDs don’t really matter at all. 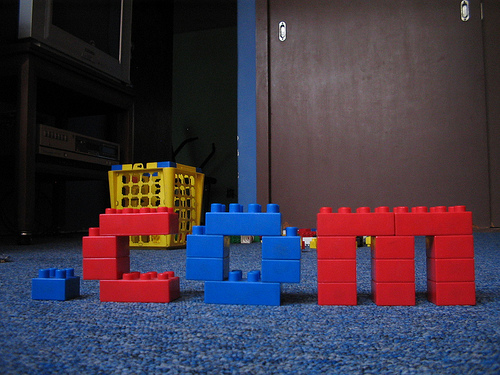 Google’s Webmaster Trends Analyst John Meuller confirmed that Google ignores TLD keywords for ranking purposes during a Google Hangout on Tuesday. How Google handles TLDs has always been a bit murky, but Meuller insists that they’re not taken into account as keywords. “The TLD is not something we take into account there,” he said during the Hangout. With this being said, we certainly don’t recommend jumping on the new TLD SEO bandwagon. It appears to be unwarranted, and it may confuse your users to boot.

In a statement issued late last week, Google cleared up some rumors that its autocomplete feature tended to favor a presidential candidate. “Google Autocomplete does not favor any candidate or cause. Claims to the contrary simply misunderstand how Autocomplete works. Our Autocomplete algorithm will not show a predicted query that is offensive or disparaging when displayed in conjunction with a person’s name,” the statement read.

Interestingly, the company’s former Head of Search Spam, Matt Cutts — who is currently on leave from Google — further supported this stance on Twitter. “That’s simply false,” he said after addressing the claims, which were brought on by SourceFed in a viral YouTube video. Google also addressed the issue on its blog, and reiterated that its Autocomplete algorithm doesn’t discriminate, but does filter out any suggestions that are considered offensive or disparaging.