﻿ Mobile Growing: 60% of All Searches Now on Mobile - Exclusive Concepts

We’ve been hearing about the coming mobile revolution for years, like a faint bugle call growing increasingly louder. And then it was here. If there was any doubt, then this should make it perfectly clear: nearly 60 percent of all U.S. searches are now on mobile devices. What’s more, this number is very likely to skew even further toward mobile in the near future. 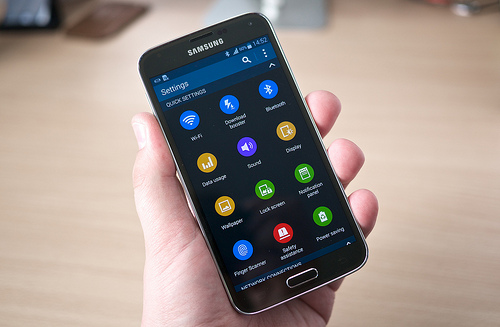 A recent report by Hitwise suggested that mobile searches in the U.S. specifically make up approximately 60 percent — 58 percent, to be exact — of the total number of search queries.

In its recent report titled “Mobile Search: Topics and Themes,” Hitwise studied hundreds of millions of searches from smartphones, PCs and tablets in 11 key categories between April 10 and May 7, 2016. Of the categories researched, “Food & Beverage” scored the highest, with mobile search volume of 72 percent. The lowest was for banking, with just 39 percent, compared to 61 percent of searches originating from a desktop computer.

The report also found that mobile queries tend to be slightly longer than searches from a PC. In Food & Beverage, the average PC search string was 13.8 characters with mobile searches at 15.5 characters. Another source, Google, reports that among all search queries globally, more than 50 percent originate from mobile devices, though this number can vary by country. While these reports don’t go into greater detail about certain key search factors, this is still compelling evidence that e-commerce websites must get onboard with mobile-friendly SEO, paid ads, and other marketing vehicles.

Learn More About Your Business with Lesser-Known Google Tools