The reward for controlling a Google featured snippet has made them a coveted gem in organic search. However, before diving into the world of increased click-through-rates (CTRs) and traffic, novice SEOs may want to brush up on the basics.

A Little Background on Featured Snippets

Whether you know them by name or not, chances are you’ve seen countless examples of Google’s featured snippets. Although they take a variety of shapes and names, all featured snippets or “Google answer boxes” are based on the same premise. They are all brief answers to questions posed in search queries. For instance, consider the following query: “which dog breed is fastest?” The resulting list that appears is Google’s attempt to bring you the relevant answer in a faster, more direct fashion. 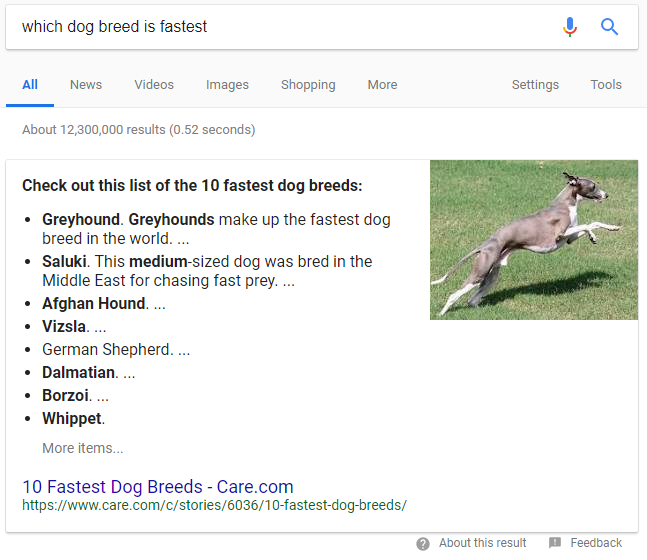 As demonstrated in the example above, the featured snippet provides convenience to the searcher and exposure for the landing page that has won this valuable space in the SERP. In 2018, featured snippets have come to dominate the SERP, taking up plenty of visual real estate as Google promotes the snippet above any of the other search results — often even above paid ads.

How this Fits in Your Strategy

As a webmaster or SEO specialist, identifying these opportunities is critical for the organic success of your website. The first step will be to identify the list of keywords that your site ranks well for. Studies show that Google will favor featuring webpages that already rank on the first page of SERPs.

The second step is more subjective, and is more about understanding your marketspace. When users are finding your site organically, what are they searching? What “need” brought them to your doorstep?

There are a number of tools that are designed to help answer these questions, from Google Trends to lesser-known sites like AnswerThePublic. These resources help identify popular search queries, relevant variations, and all the tracked metrics attached to them. Disciplined usage of these tools can help track critical keywords or even expose gaps in your competitors’ content that you can leverage. Google has also recently implemented a “People Also Ask” box, which displays different search queries that were related to your original. Referencing this box is essential to making sure your content incorporates the correct keywords.

Once your keywords and research are in order, the third step involves curating robust content. The style and template you use for your content are central to the creation of the featured snippet. There are generally three types of snippets: paragraph, list and tabled. For example, the snippet answering the query “how do covalent bonds form” will likely require a paragraph explanation, while “how to treat mosquito bites” will best be addressed through a list.

An example of a featured snipped based on paragraph content 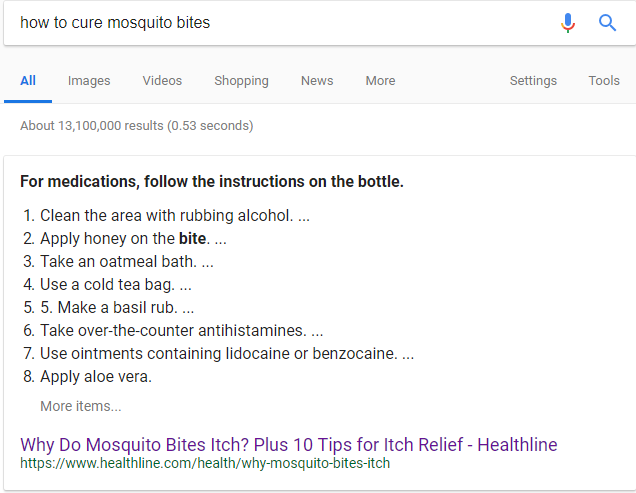 An example of a featured snipped based on bulleted content 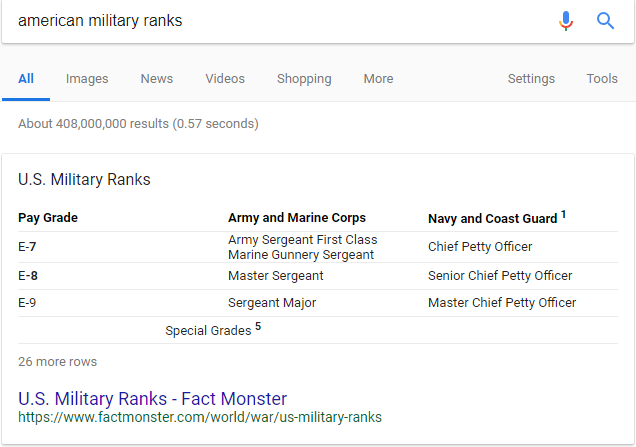 An example of a featured snipped based on tabled content

For the motivated webmaster, the effort required to create a featured snippet strategy is likely to pay dividends because:

Once a featured snippet has been identified and the content has been created, SEOs must also consider the complete user experience to ensure that not only clicks, but organic revenue and quality leads are promoted as well. That’s exactly why a complete organic search strategy should always account for featured snippets.

To have EXCLUSIVE take a closer look at your organic strategy, take our free ecommerce analysis.

Michael Han is an SEO Specialist at EXCLUSIVE, where he helps his clients maximize their organic performance potential. He’s an avid cook and knows his way around a golf course.

How to Get Started with Email Marketing Segmentation