This week, Google went live with three new ad innovations: expanded text ads, responsive ads and more robust device bidding. The search engine announced that its old standard text ads will be completely phased out as of Oct. 26. So what does all of this mean? New expanded text ads (ETAs) will feature two headlines up to 30 characters each and an 80-character max headline, giving advertisers more opportunity to market to mobile users and enhance their click-through rates by up to 20 percent, according to early stage testing! (Google also aimed to temper expectations by mentioning that the rollout may take “a few months” to get to all accounts.)

Its new responsive ads are designed to auto-generate based on a provided headline, image, description and URL, and will be shown across the Google Display Network. This new ad type is meant to work as an alternative to standard text ads and will “help your ads adapt to the increasingly diverse mix of content types and screen sizes,” according to Google’s announcement on the AdWords Blog.

Finally, Google’s latest update to bidding is also live, with separate device bidding now available. This feature allows AdWords users to set bids specifically for tablets, computers and mobile devices, so they can better target their users (a feature that was previously unavailable in Enhanced Campaigns). 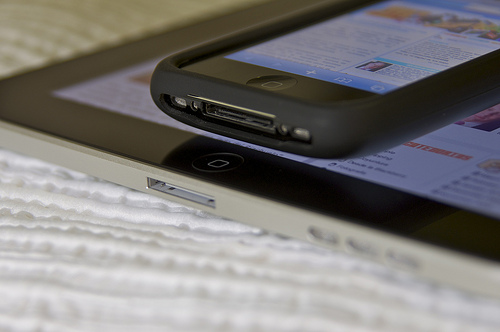 To sweeten the deal, Google announced new cross-device activity reports to help you measure all of these new options. They’ll show your activity on devices, assisting devices and device paths based on cross-device conversion data.

What we do know now is that you can optimize your new ETAs with a 33-character headline to avoid truncation. In other words, you should keep your two headlines to a total of 33 characters in order to make sure that the second one isn’t shortened. Google’s Cassie Hartt said this will ensure that the entire text ad will show, even on small devices.

We’ll continue to report on how to adapt to new AdWords updates.

Getting A Running Start on the New Google Ads Interface